The Home Of The PDGA &#8211; The International Disc Golf Center 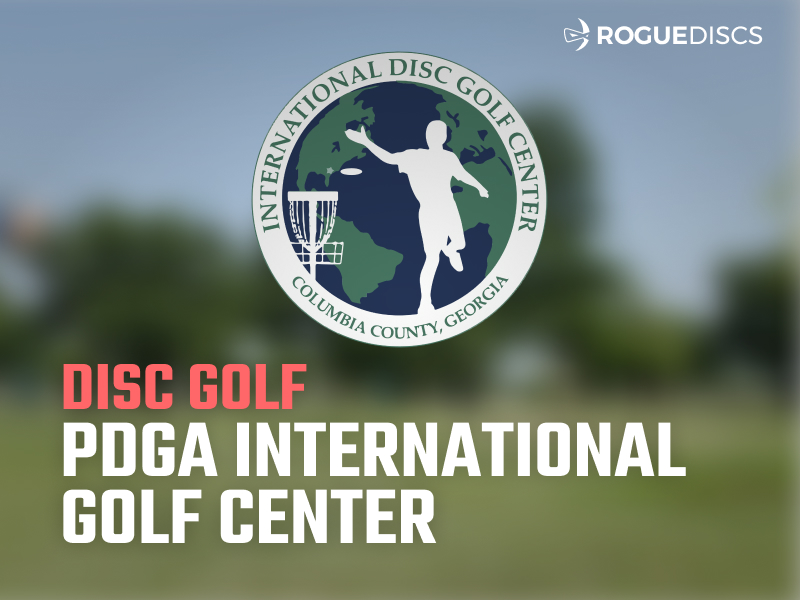 “Go confidently in the direction of your dreams,” Thoreau once said. This quote sums up the attitude of “Steady” Ed Headrick, the founding father and pioneer of disc golf. He dared to dream big and created a sport that has grown beyond comprehension. Part of this growth was the creation of the International Disc Golf Center(IDGC), home of the PDGA and much more. It is located on the Eastern border of Georgia in Appling. Many years of planning and organization went into its implementation as the PDGA needed a central location to call home. Let’s take a look back at how this mecca of disc golf came to fruition.

For multiple decades the PDGA “Headquarters” was simply at the home of whoever was running the organization. In the late 90’s, Brian Hoeniger was the PDGA Administrator living in Toronto(the one and only paid position in the PDGA at that time). Ex-PDGA Executive Director Brian Graham had this to say about that time with a chuckle,”When people would ask where the PDGA was located, I always told them it’s in half of a room in a house on an island in Canada.”

Needless to say, The organization was in need of a central location that would serve as the headquarters of the PDGA. Enter Brian Graham. The year was 2002 and Hoeniger and the Board Of Directors agreed that the PDGA Headquarters should return to the USA with a proper location. At that time Graham was working with the Greater Augusta Sports Council and Columbia County Parks on a series of land development projects. At this time Graham was presented with a 90 acre parcel of land at Wildwood Park in Appling, GA to develop one course. Graham had a much larger vision.

Graham took inspiration from an old Dan “Stork” Roddick(PDGA #3) article in which he described a “Mythical disc golf mecca with all the amenities of a high end golf clubhouse plus championship courses.” Graham formulated a proposal and soon the PDGA Board of Directors as well as the Augusta County and Parks Departments were all on board. Funding was also lined up from multiple disc golf manufacturers and the project was green lighted. Graham continued plans and development of the property for years. Then, as a result of multiple channels of serendipity, Graham was awarded the position of PDGA Executive Director. His first day was April 1, 2007 and the IDGC officially opened a few weeks later on April 20th. The facility now boasts three championship courses, a pro shop, office space for the PDGA staff, the “Steady” Ed Headrick Memorial Museum, the Disc Golf Hall of Fame (DGHOF), picnic pavilions and more.

Listen to Graham explain how the IDGC came to be in his own words. Take a tour of the IDGC premises with Mike Downes.

The Disc Golf Hall of Fame(DGHOF) is an independent organization dedicated to the promotion of disc golf, its premier pioneers and players. The DGHOF was originally created in 1993 after two decades of organized disc golf. Lavone Wolfe(PDGA #580) of Huntsville, AL was the integral figure in spearheading the project. It is now housed at the IDGC alongside the Headrick Memorial Museum, also curated by Wolfe. “Steady” Ed Headrick is known as “The Father of Disc Sports,” and “The Father of Disc Golf.” Headrick invented the modern disc as well as the sport of disc golf. Headrick also invented the original basket and called it the “Disc Golf Pole Hole.” The rest is history.

The magnitude of these two spaces housed together is immense. Imagine walking through the history of our sport with all of the artifacts that put you directly in that time and space. Compared to many other sports, disc golf is a relatively recent invention. The formalization of the rules and edicts occurred in 1976 when Headrick created the PDGA. While technology has come a long way, we still have many artifacts of this time period. And luckily, many of these are at the IDGC!

“Steady” Ed Headrick Memorial Disc Golf Course– According to the PDGA website, “The “Steady” Ed Headrick Memorial Course, presented by the Disc Golf Association and the PDGA, features special edition DGA Mach III baskets on rolling terrain along the shores of scenic Clarks Hill lake (aka Lake Thurmond). The course was designed by Disc Golf Hall of Famers, Chuck Kennedy and Tom Monroe, and it is affectionately referred to as “The Ed” by locals.

Multiple target locations and tee areas on this blue level course make it very adaptable for recreational play as well as high level competitions. The length of the course varies from 4,135′ in its shortest configuration to 8,110′ in its longest.”

WR Jackson Memorial Course– According to the PDGA website,”The W.R. Jackson Memorial Course, presented by Innova Discs and Jay Townsend, is the longest course at the IDGC coming in at 10,485 feet with a par of 68 from the long tees and 9,299 feet with a par of 67 from the short tees. The Gold course (long tees) was originally designed by Disc Golf Hall of Fame member John Houck and features Innova DISCatcher baskets set in a very challenging championship configuration. Parts of the course were redesigned in 2018 by IDGC Manager Zach Shafer with help from IDGC Assistant Tom Lynch.”

Jim Warner Memorial Course– According to the PDGA website, “The Jim Warner Memorial Course, presented by Discraft, was officially opened for play at the International Disc Golf Center in April 2008. It features Discraft Chainstar Pro targets and was designed by Disc Golf Hall of Famer, Jim Kenner, with assistance from Ron Russell and Pad Timmons. Multiple target locations and tee areas on this blue level course make it adaptable for recreational play as well

as high level competitions. The length of the par 63 course is 7,362 feet from the long tees, and 6,189 feet from the short tees in its original layout.”

The IDGC centralized the PDGA and brought organization to an association in need. Its implementation in 2007 laid the foundation for the success of the PDGA today. As our sport continues to grow it is important to remember the roots of disc golf. This is why the DGHOF and the Headrick Memorial Museum are of great importance. The story of disc golf is one of dreams, vision and ingenuity. I urge you to take a trip to Eastern Georgia and be a part of the headquarters of the PDGA. Just make sure to remember your discs!

Your customer service has been extremely appreciated throughout this and is why I will always be searching Rogue first to see if you have what I’m looking for!